Chichester City will be looking to bounce back from the midweek defeat at the hands of Whyteleafe when they travel to Bridon Ropes for an Emirates FA Cup Preliminary Round tie this Saturday. 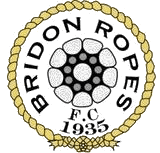 Despite Tuesday’s loss first team coach Danny Potter believes its been a positive start to the season, “That defeat hurt of course but overall we’re happy with the start we’ve made – the win at Ramsgate being the obvious highlight but also beating Erith Town because progressing in the FA Cup is so important for the club”.

Bridon Ropes currently compete at Step 6 of the non-league pyramid in the Southern Counties East League Division One where they’ve opened up their league campaign with two defeats against Stansfeld and Greenways, leaving them 17th (out of 18 teams) in the table.

“We certainly won’t be taking it lightly, we’re well aware the FA Cup is a competition that can easily throw up a shock result”

Managed by Jimmy Doherty they play their home matches at Meridian Sports & Social Club, situated in Charlton in the Royal Greenwich Borough of London.

Despite the equivalent of a two division gap between the two clubs Potter has stressed the management team won’t be taking anything for granted:

“We certainly won’t be taking it lightly, we’re well aware the FA Cup is a competition that can easily throw up a shock result – we’ll be making sure we do everything we can to ensure we’re not on the end of one this weekend”.

The Ropes aren’t likely to be phased by facing higher division opposition either having already overcome Broadstairs United (of step 5) in the previous round.

Injuries are starting to mount up already for Chi boss Miles Rutherford. Forward Josh Clack sat out the defeat to Whyteleafe alongside defender Ryan Peake and Potter admitted they may be forced into further changes this weekend:

“They’ll be a few changes to the squad due to injury and unavailability of certain players but as a management team we’re happy with the group we have to choose from – it will be a good opportunity for those who come in”.

In the event of a draw a replay will be required which would take place on Tuesday 3rd September at Oaklands Park.