Chichester capped off a busy Bank Holiday weekend with a battling performance at Burgess Hill Town as the Isthmian South East Division new boys picked up another three points on the road. 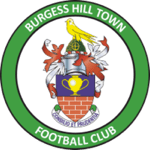 It was end to end stuff in the opening 15 minutes. Ryan Palmer kept City full back Rob Hutchings busy down the left flank with the home side feeding balls regularly into the channels.

A cross from the Hillians No.7 drifted out for a goal kick in the third minute before Hutchings forced a first corner for the visitors a minute later. Matt Axell’s fine delivery was headed away to safety from an incoming Corey Heath.

Ben Pashley then did well to intercept a pass intended for Warren Mfula and Steve Mowthorpe got a strong glove on the resulting corner.

The hosts keeper Billy Collings was also called into action just getting to the ball ahead of Scott Jones before Gicu Iordache and Ryan Davidson linked up nicely to set up Jones but the Chi forward had strayed offside.

Chichester had to deal with three corners in as many minutes – the first, a low one by Palmer, was cleared easily enough but Pashley had to turn the second one over his own cross bar and Mowthorpe punched the third away.

A mix up between Collings and Drew Matthews from a short goal kick almost got Hill in trouble at the back before Aaron Smith-Joseph blasted over after he eluded City captain Connor Cody.

The visitors took the lead in the 19 th minute through Lloyd Rowlatt. Axell was instrumental in the move and an excellent cross from Kaleem Haitham was knocked back into the box at the far post by Jones to Rowlatt who beat Collings with a header at close range.

Smith-Joseph was given a long talking to by the referee for a foul on Pashley before a precision pass from Haitham to Jones just got away from the City striker.

Jones then had a shot blocked and Collings found himself back-peddling to claw away Iordache’s cross-cum-shot.

And then it looked like Jones, who put in a real shift, might double the visitors’ lead but his effort crept along the line and the wrong side of the post.

Some super skill from the tenacious Iordache led to another Jones attempt that Collings, the busier of the two keepers, saved before a timely tackle by Davidson broke up a swift counter-attack.

Pressure from Jones just before the break then forced Tolupe Jonah into a mistake and the Chi No.9 had the simple task of walking the ball into the back of the net for his fourth goal in three games.

A couple of crazy minutes in the second half saw two red cards and a penalty as Burgess Hill pulled one back.

Before this though there was a chance for Heath after Cody threaded an intelligent pass into his path but he got his feet all wrong and then Max Miller was shown a yellow for a tackle from behind.

Next Jones took a cross on his chest and got a shot off on the turn that fizzed over
the bar.

Chichester were then reduced to ten in the 55 th minute as Heath got his marching orders for denying the hosts a goal scoring opportunity after he pulled Mfula down when he attempted to get to the rebound from Mowthorpe’s impressive stop.

Mfula picked himself up and dispatched his spot kick with some aplomb. There was a change of fortune almost immediately for the hosts when they too found themselves a man down after Miller was given a second yellow for simulation.

Iordache, Axell and Haitham then combined effectively but the latter couldn’t quite pick out Jones before Axell gave Collings something to think about with a long-range drive that wasn’t far off target.

Josh Clack, who didn’t feature against Whyteleafe in the league and Bridon Ropes in the cup, came on for Haitham on the hour mark.

Chichester’s back line dug in. Matthews headed a Smith-Joseph corner wide and then Mfula smartly turned his defender but Axell was there to cover. Cody made another fine tackle on Palmer who had pounced on a ricochet before Mowthorpe raced out to collect a knock on.

City fans held their breath with 10 minutes to go when Tom Cadman went over in the box but the referee waved play on.

Matthews blazed over from outside the box in the four minutes of time added on, Davidson kept his head and cleared calmly after Palmer and Mfula exchanged passes and Mowthorpe claimed convincingly as the last cross of the game came in.

Chi entertain Faversham in the league at Oaklands Park on Saturday 31 st August
(Kick Off 3pm).