Chichester City coach Darin Kilpatrick believes the players at the club are showing 'the most desire he's seen in a team in a long time' ahead of Saturday's trip to Bowers & Pitsea. 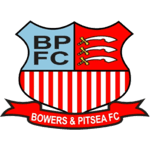 The well-respected coach returned to the game this summer following a year out having left his long term role at neighbours Bognor Regis Town and he’s been impressed with the togetherness of the group he’s joined at Oaklands Park.

“It’s a group thing” said Dabba. “Everyone is pulling in the same direction here. There’s about twenty five people that all really enjoy being with each other.”

“We just give them the ideas. They’re the responsive ones. They’re an incredible bunch of people that have the most desire I’ve seen in a team in a long time.”
Darin Kilpatrick

He continued: “Technically and tactically we do work with them, however, they’re the ones that are throwing themselves on the line. Emergency defending, last ditch tackles, defending from the front. We’ve got the team working in some sort of pressing way that we’d like them to do against certain teams and they respond to it.”

It appears to be working, in the FA Cup at least with Chi currently on a run of nearly 300 minutes without a conceding a goal in the competition, a sequence that spans three rounds and four matches, three of which against step 3 opposition, the same level their opponents this weekend compete at.

“We just give them the ideas. They’re the responsive ones. They’re an incredible bunch of people that have the most desire I’ve seen in a team in a long time. Without desire it’s hard to defend and people in key positions are doing the things we’re asking them to do and when a team likes each other they’ll do anything to stop the ball going in that net.”

Following high demand the club has confirmed an extra coach has been made available for supporters wishing to travel to Essex on Saturday – details here.