Chichester City progressed in the Sussex Senior Cup after a narrow win over a resilient Shoreham side in tough conditions at Middle Road. 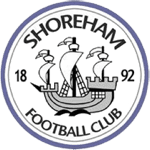 Headed goals from Emmett Dunn and Ryan Peake in each half were enough to send the visitors on their way into Saturday’s third round draw, with Marc Pulling’s late strike only a consolation for the Southern Combination Division 1 outfit.

Boss Miles Rutherford, whose first game in charge at Chi came against Shoreham four years ago this autumn, made six changes to the starting XI that featured in the Isthmian south east draw with Sevenoaks Town last time out.

Goalkeeper Connor Kelly came in for Steve Mowthorpe and there were starts for Dunn, Peake, George Cody, Rory Biggs and Scott Jones.

Shoreham seemed content to sit deep and look for counter attack opportunities and these tactics almost came to fruition in just the seventh minute when winger Morgan Vale burst down the left flank and successfully picked out an unmarked Neil Munday. The striker however, lifted the ball high over the bar under no real pressure from the Chichester defence.

A tame shot from Chi skipper Josh Clack failed to trouble Shoreham keeper Ricardo Alves before Jones might have capitalised on a mistake by the Shoreham centre half.

Persistence was finally rewarded in the 23rd minute when Biggs sent a deep cross into the box and an onrushing Dunn guided his header into the top left corner of the goal to give Chichester the lead.

Then Jones’ tenacity teed up Clack in a great position but the winger could only cross and find a Shoreham head. Another delivery, this time from Rob Hutchings on the opposite side, found its way to an unmarked Cody who sent his volley acrobatically wide.

The Musselmen found clear cut chances hard to come by, although Munday warmed Kelly’s gloves with a shot towards the end of the half.

Chichester seemed eager to get the job done when the two teams came out after the interval and a great overlapping run from Cody forced the home side to concede an early corner. Clack whipped the ball in to Peake and the City defender rose highest in a sea of yellow and blue for his first goal of the season.

Shoreham went in search of an equaliser.

Biggs gave away a cheap free kick in a dangerous position but Pulling failed to make the most of this opportunity with the midfielder sending the ball all the way through to a relieved Kelly.

It was the turn of the visitors next to pass up a good opening when Clack failed to convert an excellent cutback from Cody.

Chichester made a double change just after the hour mark with Kaleem Haitham and Jamie Horncastle replacing Jones and Corey Heath. Haitham wasted little time getting into the action only for his shot to nick off a Shoreham boot out for a Chi corner.

Clack then had a good chance to put the game to bed and make it three for the away side but he could only shoot point blank at Alves after a Cody knockdown. Canadian midfielder Dunn, who put an impressive shift in for City, recovered the ball on the edge of the Shoreham box but his tame effort was comfortable enough for the Shoreham goalkeeper.

There was a consolation in the 88th minute after the hosts went route one. Alves sent a long kick straight down the centre which caught the City defence sleeping. Pulling latched on to it and lofted the ball over a helpless Kelly to half the deficit.

It proved to be too little too late though and Chichester held out and will be in the hat for Saturday’s third-round draw broadcast live on BBC Sussex at 5:50pm.

Chi are ball number 6 and could face the likes of Bognor Regis Town, Crawley Town, Worthing and Brighton & Hove Albion. 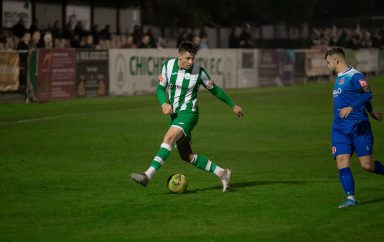 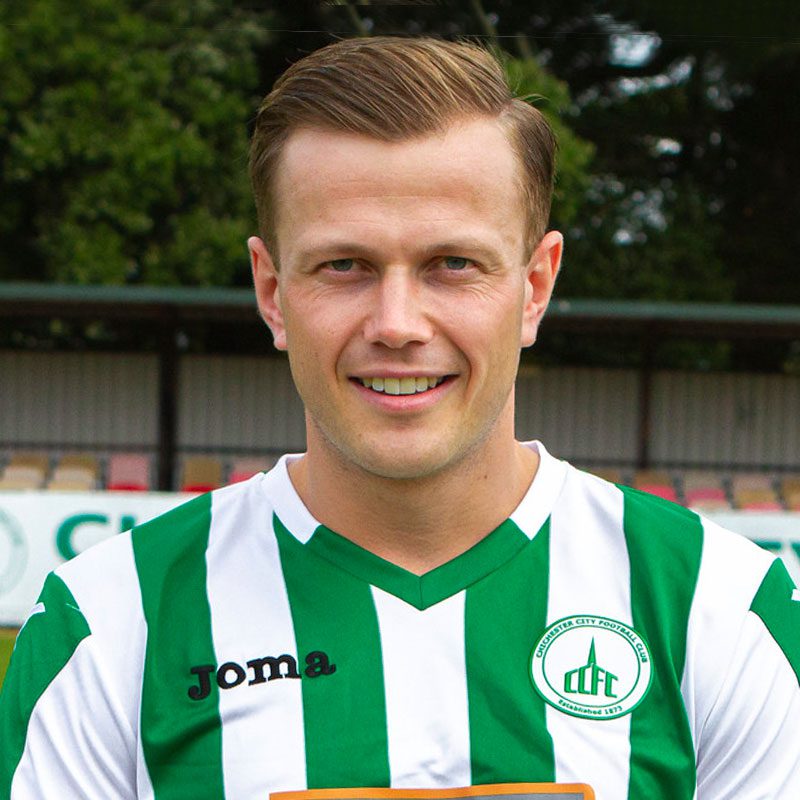