The club are still looking to add to the new women's, under-16's and under-14's teams that are already in place for next season.

We have secured a base for the junior teams at North Mundham and have capacity within the club to add more teams to our fast growing club. The plans for a 3G facility at Oaklands Park are well underway and will bring the club together as one.

“We are in the process of building something exciting for the community of Chichester. We’re looking for people to join us and support our club going forward in our movement to bring back women’s football to the centre of Chichester. If you’d be interested in sponsoring or supporting us in this journey, we would show the utmost appreciation and welcome you into our exciting project.”

“Very excited to start a new season with my under 16’s girls football team. We have had incredible help with getting ready for when football can return in these difficult times and to have a home base of North Mundham is brilliant. Myself and the girl’s are itching to get going and see how far we can go this year. Go Chi White’s U16’s”.

“The 2020/21 season for the newly formed U14 girls team at Chichester City FC is truly underway.”

“Planning and preparation has been going on during the closed season. The pathway that has now been created to give the players a fantastic opportunity to progressing into adult football.”

“The side already has a number of players ready to sign for the coming season but we welcome anyone interested to make contact with the club.”

“A massive thanks to the teams main sponsor City Electrical Factors Havant. Their strong commitment already has given this team and players an invaluable start to the season.”

For anyone wishing further details on starting a team or volunteering within the club contact mc@chichestercityfc.co.uk 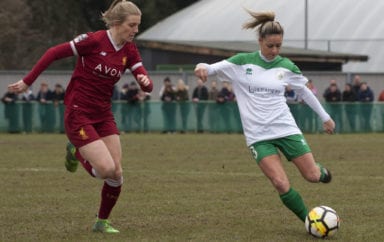 Be a part of Women’s football returning to Oaklands Park