Chi boss Miles Rutherford said his team were “chasing shadows” against Worthing in their opening match of the event a fortnight ago but here the Oaklands Park outfit were dominant and carved out chance after chance.

Tafadzwa Kanjanda, back in the starting X1 after picking up a knock in the first pre-season game away at Loxwood, pinged in a cross in the fourth minute but it was just too high for Clack.

A deflected Rowlatt shot gave the Selsey keeper something to think about moments later and Connor Cody, Ryan Davidson, Emmett Dunn, Clack and Rowlatt were all involved in a slick move.

Dunn, who was on Bognor’s books this time last year, went close with a header on 10 minutes after nice work from Haitham before Clack raced past a defender only to cross beyond Scott Jones.

A 30 yarder from Chi’s Kent based trialist skimmed just wide and Haitham rattled the woodwork with a super strike that bounced down off the bar and out.

Selsey had three corners to deal with in quick succession, heading the loose ball off the line from one of these.

Next Clack lifted an effort over and a defender blocked Rowlatt’s shot.

Jones forced the keeper into a smart stop and Clack went close once more.

At the other end Steve Mowthorpe, who’d had nothing to do in the first half hour, was forced to race back to get to a wayward pass from a defender.

A mazy Haitham run set up a great opportunity but his attempt skewed wide.

Clack and Dunn both fired off target before Rowlatt stung the keeper’s gloves with a thunderous shot and Jones glanced a header over on the stroke of half time.

Matt Axell, Ryan Peake, Rob Hutchings and Penny all came on after the break and the deadlock was broken five minutes in thanks to a super strike from Haitham.

Selsey spurned an opportunity to equalise from the kick off and were 2-0 down after Haitham slotted home a Clack cut-back.

Mowthorpe came out to clear a long ball for a throw-in before Selsey got in for a second time but shot wide.

Prichard blasted straight at the keeper and Penny and Jones both had efforts cleared.

Clack got Chi’s third in the 67th minute when he capitalised on a poor back pass and steered the ball home and a nice finish by Rowlatt made it 4-0 two minutes later.

Axell fizzed one over the bar and had another shot charged down before Jones flashed an effort across the goal.

Peake headed wide a Prichard cross and Jones thumped an effort into the keeper’s midriff.

Penny wrapped things up with five minutes to go with his second goal of the week.

Next up for Chichester is an away game against Baffins Milton Rovers on Wednesday 26th August. 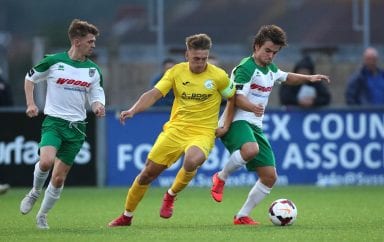 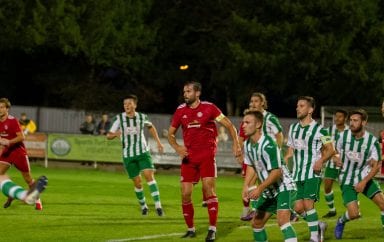