Chichester bowed out of the FA Cup losing narrowly to National League South opponents Tonbridge Angels in front of a sell-out crowd at Oaklands Park. 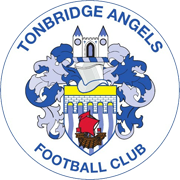 After the match Angels boss Steve McKimm tweeted, “So pleased for the players, staff, board and supporters on getting through tonight. We were made to work hard against a very good and organised Chichester City.”

Last season’s extraordinary run to the second round proper of the world’s oldest knockout competition will live long in the memory of everyone connected with the club after Chi battled through six rounds of qualifying, beating three Step 3 sides on the way, to then receive a unique bye that set up a match broadcast live on BT Sport against League One Tranmere Rovers.

Chichester matched Tranmere for an hour or so and here in this third round qualifying match there was little to choose between the sides separated by two tiers in the football pyramid.

The Step 2 team started brightly and forced a couple of corners in the first five minutes with Steve Mowthorpe palming an effort over for one of these.

Matt Axell was then dispossessed as he turned this way and that in a dangerous area but Rian Bray headed wide.

At the other end Scott Jones almost got to a long kick from Mowthorpe but the Chi keeper’s counterpart James Shaw was out quickly off his line to clear.

Tom Beere launched an attack down the left and found Ben Greenhalgh who passed to Kristian Campbell only for a defender to head away the fullback’s cross.

Gicu Iordache, the hat-trick hero last time out for Chichester in their first league win of the season, went close with a shot on the turn after good work from Josh Clack.

Chi captain Connor Cody next linked up with Emmett Dunn but the Canadian’s delivery towards Iordache was cleared easily enough.

Rob Hutchings did well to cut out a pass as Greenhalgh, who had a spell at Inter Milan, combined effectively with Beere and D’Sean Theobolds.

And a super run from Theobolds carved Chi apart and he pulled a stop out of Mowthorpe with Cody getting the loose ball away.

Campbell picked up the only yellow card of the night for a foul on Dunn in the 19th minute. Axell took the free-kick but his delivery was too close to Shaw.

The visitors forced three corners that came to nothing and then took the lead in the 24th minute after a mix-up at the back gifted Joe Turner the simplest of tasks of rolling the ball into an empty net.

Clack had an opportunity to equalise almost immediately but he couldn’t get enough power on his shot before a neat swivel by Jones saw him drift an effort wide.

Chi, who had fallen behind in their three previous FA Cup matches this year, weren’t behind for long this time as a typical mazy run from Cody opened things up. The skipper found Clack who squared the ball to Haitham and Haitham slotted it home.

There was little Shaw could do about the leveller but he got out well again to beat Jones to another long upfield pass.

The hosts were back in the game and an exchange between Haitham and Iordache led to Jones dummying the ball for Clack to deliver towards Lloyd Rowlatt only for a defender to get there first and concede a corner. Axell whipped this in but Shaw got a glove on it.

Ben Pashley then had a go from distance and Jones got in down the right flank only to fire wide.

The Kent side might have regained the lead on the stroke of half time as Greenhalgh had a shot blocked after a bit of pinball in the box and in time added on Chi won a set-piece on the edge of the area but Clack shot straight at the keeper.

Mowthorpe tipped a fierce effort from Khale Da Costa round his post moments after the break.

Chi had defending to do as the visitors forced another two corners in as many minutes.

Mowthorpe got down to gather an effort by Turner; had a flick-on to deal with; and claimed a ball from Turner intended for Wood.

Rowlatt led Chichester on a rare raid just before the hour mark but the move broke down and Mowthorpe managed to get behind a Da Costa drive after the No7 cut inside.

Da Costa’s near post corner caught Chi out and Turner was there to get the final touch with what would prove to be the winning goal in the 64th minute.

A lovely turn by Clack set up a chance for a second equaliser but his shot swerved wide and then Jones should have levelled when he met an Axell cross at the back post only to head off target.

Moments later the City striker did have the ball in the back of the net but it was chalked off for a foul on the keeper.

Hutchings and Rowlatt exchanged passes and teed up Prichard, who’d come on for Haitham, but he couldn’t get a shot off just before Clack found Dunn making a lovely run into the box but his diving header fizzed inches away from the outstretched boot of Jones.

New signing Lewis Hyde replaced Axell on 71 minutes and the debutant was soon in the thick of things.

Next Shaw denied Prichard with a fine save as the youngster connected with a cross from the right.

Iordache then thumped a free-kick inches over the bar before calling Shaw into action with a well-struck effort that the keeper blocked.

A Dunn delivery that deflected off a defender gave Shaw another nervous moment while sub Javaun Splatt should have added a third Angels goal with five minutes to go after a move involving Jack Parter and Turner but a Chi player managed to steer his effort just past the post.

Cody had a chance late on to make it 2-2 but his shot skewed off target.

Prichard won Chi a corner in additional time that Mowthorpe went up for but it came to nothing and then Jones was close with a header after Rowlatt played the ball in.

Splatt pulled a shot wide in the 92nd minute and then was denied brilliantly by Mowthorpe when he beat the offside trap.

So the FA Cup adventure is over for another year but Miles Rutherford, Graeme Gee and Danny Potter will take many positives from the side’s performance against higher ranked opponents.

Chi are back in cup action on Saturday 17th October when they travel to Brentwood Town in the FA Trophy.