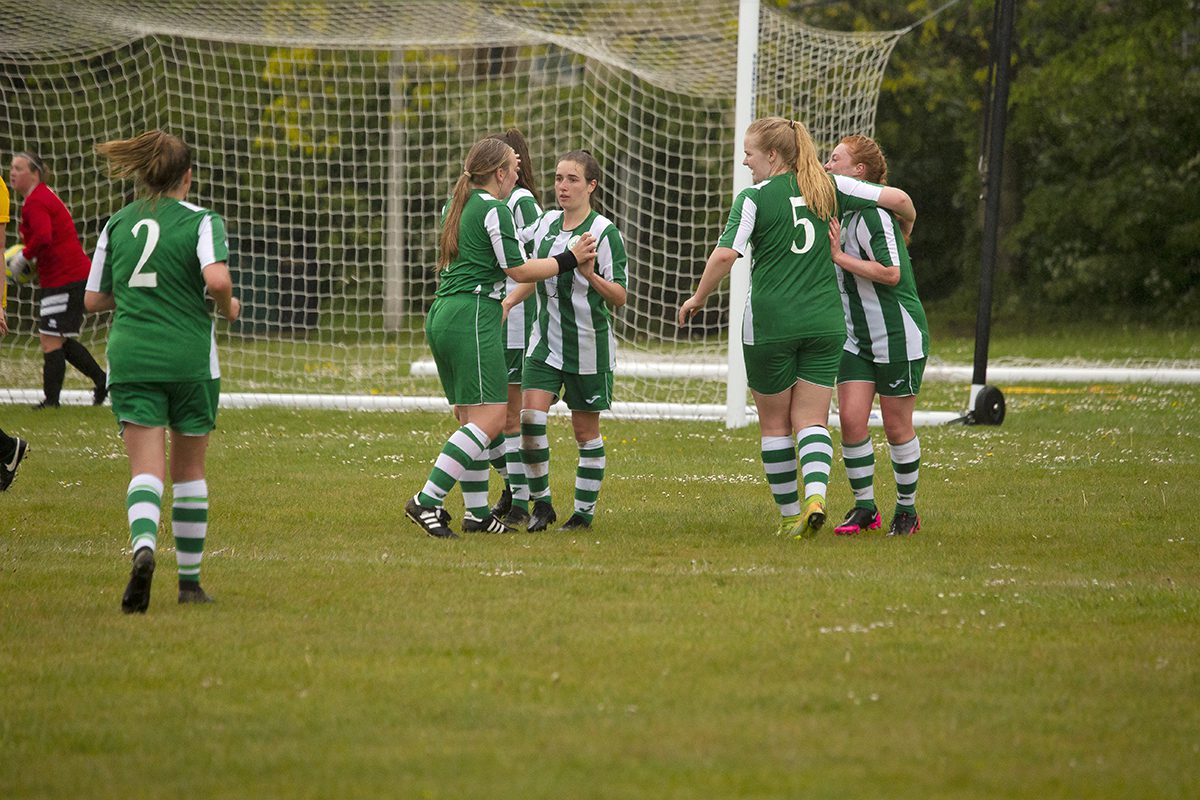 A second half demolition of local rivals Pagham Ladies ends the season with a win.

Chichester City Women rounded off their season with a 6-1 win against local rivals Pagham Ladies, at the University Of Chichester. The visitors took the lead in the 34′ with a great shot that would have beaten any keeper, but their lead was short lived when Katie Bundy squeezed her shot inside the near post.

City took the lead a minute in to the second half, through Molly Jones, who beating a couple of players before drifting in the box, and delivering a low shot to the right of the keeper and into the net.

Gaby Hobday, who had been a thorn in Pagham’s side on the left, scored the third on the hour mark, beating Pag’s defender Lauren Ellis, and sliding the ball home.

Two minutes later, it was Gaby Hobday notching her 2nd, and City’s 4th, with a hard shot over the keeper. City were now in full command and threatening to score with every attack.

On 63′, City were awarded a free kick for a foul just outside the box. Elinor Williams took the kick, but didn’t catch the ball properly but had the good fortune of the ball slipping through the keepers hands and into the net.

Elinor Williams completed the scoring 12 minutes from time with a turn in the box, and a tidy finish into the bottom corner.

A great way to finish the league season, and with a 3rd place finish, the motivation to come back stronger next season.