Two outstanding saves from penalty shoot-out hero Kieran Magee after this Velocity Trophy tie finished goalless helped Chichester advance to the next round of the competition.

Ahead of their FA Trophy contest with Enfield the London Borough of Ealing based visitors made changes to the XI that featured against high flyers Chertsey last time out – a first Isthmian south central league loss in eight matches.

It was end to end stuff in the opening 45 with Tyrone Madhani and Haitham linking up nicely for the first shot of the match that Haitham skewed off target.

A couple of minutes later Haitham might have caught out Hanwell’s keeper Hugo Sobte, who’d strayed into no man’s land, but he failed to capitalise on the situation.

Scott Jones then had a shot charged down after he picked up a neat pass from skipper Jamie Horncastle.

Omar Watt probed down the right flank for the Geordies and won a corner off a winded Dellaud.

Massimo Giamattei whipped this over only for Jones to head clear.

Mendoza got dispossessed in Hanwell’s subsequent move only for Nebay Haile to drag a shot.

The visitors’ top scorer Ogo Obi was then presented a gift by Magee but Obi couldn’t take advantage of the No1’s miss-hit.

Jones next blocked a clearance by Magee’s counterpart and Haitham was fouled jinking this way and that. Madhani, dangerous from set-pieces, fired this one over the bar.

Ben Pashley was given the first of a number of yellow cards for what seemed a hard but fair challenge on the edge of the box 20 minutes in and Obi forced Magee into an excellent stop from the resulting free kick.

Jones once again headed the subsequent corner away and a follow-up long throw-in was only half cleared to Harim Bangura whose effort was turned out for another corner kick that came to nothing.

In a spell of Hanwell pressure Giamattei intercepted a pass and drove into the area only to drive his attempt off target.

Haile pulled a save out of Magee, the busier of the two keepers, before the Chi shot-stopper produced a super reflex save to deny Romario Jonas’ close range header.

On the half hour Horncastle found Jones once more but a defender made a well-timed tackle and then Jones fouled his marker looking to latch on to Haitham’s delivery from the left.

Obi, a constant threat, got in past Oakwell-Boulton but Magee was equal to his effort and the loose ball was smuggled away to safety.

Slick play between Haitham, Mockford-Allott and Madhani set up a decent shot that Sobte palmed over for the hosts’ first corner.

Ryan Davidson met this with a header which wasn’t firm enough to trouble Sobte.

Obi then squared the ball back to Haile but his effort was charged down.

The home side wasted two corners and Hanwell forced one of their own after Obi spun a couple of defenders.

Jonas should have done better with his free header before fantastic defending by Oakwell-Boulton, up against Obi, snuffed out another attack.

Obi shot wide of the mark on the turn in time added on and Pashley blocked bravely to deny Rush.

Obi missed a header at the back post when a lovely cross came in from the right in the 50th minute and Magee gathered another one by Haile moments later.

Mockford-Allott then earned Chi a corner after a penetrating run into the box.

Mendoza guided this goal-bound but Hanwell defenders managed to clear.

Jones did brilliantly to keep the ball in play down the right hand side as a Geordies player dived in and wiped out the lino. Jones’ cross found Madhani who, like the linesman, was clattered. Nothing doing according to referee Sean Phillips.

Horncastle pulled a fine save out of Sobte on the hour and Obi misdirected a header from Rush’s delivery.

Jones headed over Madhani’s corner kick and there was no way through for Obi after Watt got the better of Davidson.

Rush struck one into Magee’s gloves with 20 to go and both teams rang the changes with Overton and Dunn coming on for Mockford-Allott and Horncastle respectively.

Madhani pulled a super save with his legs out of Sobte and got his head on the loose ball to no avail.

Chances came and went for both teams in the final minutes – Siemienczuk could have/should have won it but his late effort somehow nicked off Magee and other Chi players past the post and Dunn was denied by Sobte.

So, we went straight to penalties.

Sub Calum Duffy scored the first one for Hanwell and Mendoza slotted his spot kick coolly into the bottom left hand corner.

Rush missed the visitors’ second one but Pashley found the back of the net with ease.

And Magee made two first-class saves either side of Madhani’s penalty which won it for Chi and gave them a fifth consecutive victory at Oaklands Park this month. 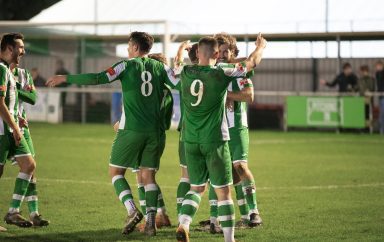 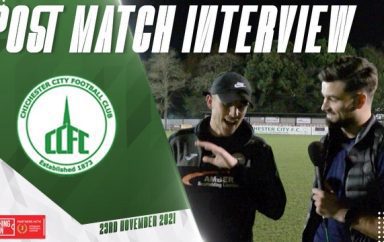