Chichester City Women made it four league wins in a row with a 4-1 victory against Eversley & California at Oaklands Park on Sunday. 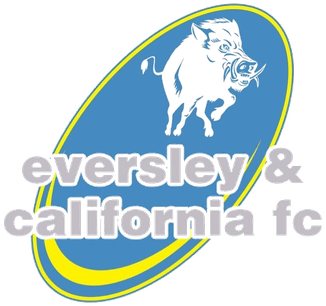 Katie Long opened the scoring and Payton Howard doubled the lead on 11 minutes for Chichester City. Two minutes later, Gaby Hobday scored a third for the home side.

The visitors pulled a goal back on 21 minutes to reduce the deficit. However, on 72 minutes, Elinor Williams restored the three-goal cushion and the points remained in Chichester.

Chichester started brightly and Williams went close to opening the scoring within 30 seconds of kick-off when her shot went inches wide.

Only minutes later, Long found the net for the hosts. Howard headed the ball through to Long and she fired it into the roof of the net.

The visitors looked for an immediate equaliser and almost found it with the ball rattling off Chloe Simmonds’ crossbar.

After getting the assist for the first goal, Howard found the net herself for Chichester’s second. A great pass was played through the defence and Howard was through one-on-one with the goalkeeper and made no mistake to double the lead.

Chichester continued to go on the attack and on 13 minutes, Hobday added a third. A cross into the box found the Chi No.11 who headed the ball over the goalkeeper and into the net.

The visitors managed to pull a goal back on 21 minutes. A pass was played behind the defence and the attacker latched onto it to slot it past Simmonds into the far corner.

Williams had a chance to get her second but was denied by a good save from the Eversley & California goalkeeper.

Simmonds was required to be alert to the danger when a short pass back almost allowed the opposition in, but she was there to clear the ball upfield.

Chichester nearly had a fourth just before the half-time whistle as Hobday’s shot hit the outside of the post.

Six minutes into the second half, it was Hobday again with another chance. This time she spotted the goalkeeper off her line and looked to lob the ball over her but could only put it wide.

Katie Bundy nearly added her name to the scoresheet when a low cross was played towards her in the area, but her shot was blocked by the defender.

Simmonds was again called into action on 68 minutes when she came off her line to close down the attacker and make a good save.

On 72 minutes, Williams got the goal she deserved. The ball was played into her, and she was quick to turn past the defender, allowing her to get a shot away that clipped the inside of the post and found the net.

Maya Butler came off the bench on 75 minutes and 10 minutes later, she went close to scoring when her shot went narrowly wide of the bottom corner.

The referee blew the whistle for full-time five minutes later and the win sees Chichester City move up to fourth in the league.