Chichester City Women bowed out of the League Cup at Oaklands Park on Sunday as Bournemouth Sports won 1-0. 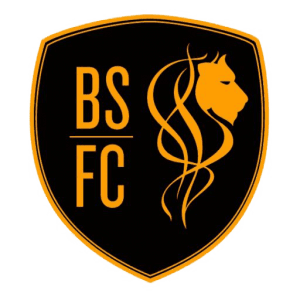 The only goal of the game came early in the second half for Bournemouth Sports when the attacker was able to bend the ball past the onrushing Chloe Simmonds and into the net.

The game started with very few chances for either side, with much of the game being played in the middle of the pitch.

Chichester did eventually create a chance on nine minutes. Gaby Hobday played a good cross into the box from the right-wing towards Payton Howard, but the defender just glanced the ball away from Howard.

Molly Jones looked to play Katie Long through on goal, but the ball skidded off the wet surface through to the goalkeeper.

Charlotte Long showed good pace to get to the ball before the oncoming attacker and shortly after, Lisbeth Mottashed made an important block inside the area.

The home side went back on the attack minutes later. Mia Gardner was able to find Hobday, who struck a first time shot at goal that went over.

Another chance fell for Jones on 21 minutes when a mistake in the opposition defence allowed her to poke an effort towards goal that was saved.

Chichester did well to break out from a Bournemouth Sports corner and K.Long found Jones, who this time fired wide.

The visitors went close to opening the scoring just after the half-hour mark when a shot went just over Simmonds’ goal.

Hobday again played another great cross into the box towards Howard, who volleyed it goalwards, but the goalkeeper saved it well.

The Chichester shot-stopper was needed just before half-time to make a save to keep the game level at the break.

Only a minute into the second half, the visitors took the lead. The attacker was able to get to the ball before Simmonds and bend it past the Chichester goalkeeper to put Bournemouth Sports ahead.

Chi looked for a quick response from the goal. A corner found K.Long on the edge of the area, but she volleyed her effort over.

Katie Bundy came off the bench on 59 minutes and shortly after she pressed the defender well, forcing her into a mistake, allowing Hobday to collect the ball and fire a shot towards goal that was blocked.

On 76 minutes, C.Long used her strength to good effect to win the ball back. She was then able to find Bundy on the wing, but she couldn’t find a player in the box from her cross.

Five minutes from the end of the 90, Jones did well on the left to get past the defender and find Howard inside the penalty area. The No.5 was able to work some space for the shot but fired her effort straight at the ‘keeper.

In the closing stages of the match, the Chichester players appealed for a penalty after Jones looked to be pulled back by the defender, but the referee dismissed the appeals.