Chichester bowed out of the Sussex Senior Challenge Cup as Todd Miller’s 70th minute deflected goal settled a tight encounter at Oaklands Park to send a young Brighton & Hove Albion side through to the quarter finals. 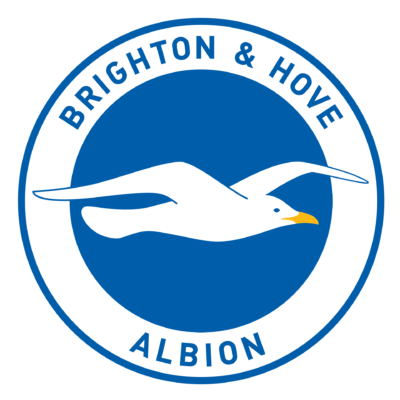 Miles Rutherford’s side came into the match on the back of a decent run in all competitions with eight victories, a draw and only one loss in their last ten fixtures.

There were three changes to the starting XI that featured in the Isthmian south east win away at VCD Athletic last time out.

U23s keeper Ollie Carroll replaced regular custodian Kieran Magee, with Eric-Georges Dellaud at left back instead of Rob Hutchings who was deployed further upfield, and Scott Jones up top for Callum Overton.

The visitors started brightly and Chi centre back Ben Pashley blocked a shot with barely sixty seconds on the clock.

At the other end Jones couldn’t quite get to Ethan Prichard’s cross following nice work in the build-up by Emmett Dunn and Ryan Davidson.

Lloyd Rowlatt then cut out a Brighton pass and fed Hutchings whose delivery was headed away.

Carroll was called into action when Samy Chouchane played Miller in only for the left back’s effort to divert off a defender and into the arms of the Chi No1.

Next Jones found himself in unfamiliar territory down the right wing and his lovely cross was turned away for the first corner of the game.

Tyrone Madhani whipped this over and Finn Talley punched clear.

Good defending by Pashley enabled him to tidy up as the nippy Ulrick Ella sped on to Josh Duffus’ ball down the flank.

Duffus then combined with Chouchane and Ruairi McConville as a typically patient away side pushed forward again but Dunn did well and Duffus was flagged offside.

Prichard forced a save out of Talley 15 minutes in after a neat one-two with Jones and Ella was caught offside this time when Brighton countered.

Moments later Hutchings struck a fierce effort into Talley’s midriff that the keeper gathered at the second attempt.

Ella and Seagulls skipper Ben Wilson hooked up in the Chi half but referee Alexander Bradley spotted an infringement.

Both sides exchanged other freekicks in a scrappy spell; Madhani sent over a corner that was too deep; and Brighton centre back Leigh Kavanagh brushed the crossbar with a header after Hutchings upended Miller and Chouchane delivered the set-piece.

Ella, Elliot Jenks and Miller were then involved in a slick passage of play where Miller’s cross nicked off captain Jamie Horncastle, who was at the Brighton academy with Arsenal’s £50m summer signing Ben White, across the goal and narrowly past the post.

Miller was inches away from getting a telling touch on a Duffus delivery before Dellaud drove into the visitors’ penalty area after a neat pass between Dunn and Rowlatt and nearly set up Madhani.

The Chi midfielder next had a shot on the run claimed by Talley and Rowlatt’s super ping found Prichard whose cross was headed clear.

The hosts forced two corners in as many minutes but both were steered away and just before the break Prichard crashed an attempt from an acute angle against the upright.

Madhani went into Mr Bradley’s notebook for a heavy challenge on Chouchane and Hutchings sold a defender latching on to Dellaud’s pass down the left only for Rowlatt to get dispossessed in the last move of the 45.

Madhani and Jones got Chi going early in the second half only for Talley to take Prichard’s cross.

And then a lovely piece of skill enabled Prichard to turn a defender inside out before finding Madhani who laid the ball off to Hutchings but his shot was deflected for a corner.

Hutchings dragged another attempt wide on 52 minutes and Carroll was out swiftly to clear ahead of Jake Gee after Miller and Chouchane combined.

Jones then headed back a Davidson free kick to Dunn but Talley got a foot on his effort before the Canadian headed a Hutchings cross wide of the mark moments later.

Horncastle followed Madhani into the book for a foul on Ella and Davidson turned the resulting set-piece away.

Wilson fired a long-ranger high over the bar and Miller took one for the team as Madhani thumped a free kick straight at him.

Chichester then somehow smuggled a corner kick clear and superb perseverance by Hutchings earned the hosts a set-piece 25 yards or so out. Hutchings dusted himself down and picked out Dunn whose header was well-taken by Talley.

Seagulls sub Zak Emmerson got a shot off on the turn and then couldn’t get to the loose ball in the next attack after Duffus crossed into the box.

Emmerson was at it again forcing Carroll into a smart stop with his legs but there was nothing Carroll could do seconds later when Miller’s shot deflected wickedly beyond the keeper for the lone goal of the game.

Overton and Kaleem Haitham replaced Madhani and Hutchings as Chi switched things up for the last 15 and Overton spurned an opportunity when the ball popped up to him in the six-yard box but he couldn’t get a decent connection.

Carroll came out to deny Ella with 10 to go and a teammate could only manage an air-shot with the follow up.

Haitham almost got in following a mistake by Kavanagh and Emmerson should have done better at the other end when well-positioned.

The hosts won a corner which came to nothing following an overload down the left and Jenks cracked one into Carroll’s gloves in time added on.

So, Chichester’s run of six consecutive home wins is over.