Chichester advanced to the quarter finals of the Sussex Principal RUR Charity Cup following a comfortable win at Oaklands Park against Steyning Town. 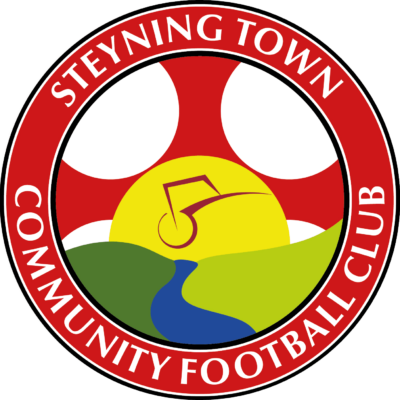 After firing blanks in their previous two league games, the hosts ran riot in the first 45 minutes scoring all five goals before Rob Hutchings was dismissed early in the second half and Steyning grabbed a couple of consolations.

Skipper Jamie Horncastle and right back Ryan Davidson, who missed the 1-0 defeat away at East Grinstead last time out, returned to the starting XI as Chichester, winners of this competition in 2018, fielded a strong side following the postponed game with Herne Bay at the weekend.

Top scorer Callum Overton got Miles Rutherford’s men off to a dream start bagging the opener with barely 60 seconds on the clock. Four neat touches in the box helped the No9 into a good position and he rifled the ball into the left hand corner.

Midfielder Lloyd Rowlatt then cracked one over the bar before Overton found the back of the net moments later but was flagged offside.

Next, Lewis Hyde did well to beat Julian Margues to the ball as Steyning countered and Charlie Romain struck an effort wide of the mark following Bobby Bennett’s set-piece.

Ethan Prichard won the home side the first corner of the match which Hutchings whipped in and Davidson headed beyond the Barrowmen’s keeper Hayden Peake only for the goal to be chalked off for an infringement.

In the 10th minute Overton and Emmett Dunn linked up and the Canadian wasn’t far away with a fierce attempt.

Horncastle and Davidson then got Chi going down the right flank and forced another corner. Hutchings delivered again and centre back Hyde doubled the hosts’ advantage heading past Peake.

The Steyning shot-stopper palmed away Hutchings free-kick 15 minutes in for a corner that didn’t live up to the earlier ones.

Rowlatt though grabbed Chi’s third of the night getting the final touch on a perfect cross from the right.

A long-ranger from Neil Munday, who scored the only goal of the game in Steyning’s victory away at Pagham on Bank Holiday Monday, didn’t trouble Chi keeper Kieran Magee.

Margues was then booked for simulation as he went over in the area after getting in between Hyde and Ben Pashley.

A comedy moment came and went when Maychol Sabino picked out Margues and Magee made a hash of his clearance. The ball cannoned off players and somehow went out for a goal kick.

Just ahead of the half hour Hutchings pulled a fine save out of Peake and lovely control by Ben Mendoza on his chest from a Rowlatt pass allowed him to backheel the ball to Overton who was subsequently penalised for a foul.

Super one-touch stuff led to the best goal of the half as Davidson rounded off a slick move with his third of the campaign.

Rowlatt fired one into Peake’s gloves in the next attack and Steyning defenders snuffed out the danger when Dunn, Horncastle, Mendoza and Rowlatt probed once more.

Mendoza went close five minutes before the break and Prichard latched on to Overton’s pass only to drag his effort wide.

Prichard then returned the compliment and Overton had lots of time to make it 5-0 netting his 12th goal so far in all 2021-22 competitions.

The visitors re-started more brightly with Sabino forcing Magee into a decent stop a minute in and a teammate fizzing the follow-up inches wide.

Davidson and Rowlatt then combined on the right wing and Overton really should have had a hattrick.

Chi were reduced to ten men as Hutchings was shown a straight red for a coming together with Toby Bloomfield on 50 minutes.

Dunn then sent a cross in that spun off a defender and into the keeper’s arms just before a great hit from left back Sabino pulled one back for Steyning.

Davidson and Mendoza next hooked up in a ‘beep, beep’ exchange where Mendoza whipped over a dangerous delivery and Horncastle went close from some distance.

A slip by Peake presented Mendoza with an opportunity to make it six for the home side but after he drifted in the Chi player failed to steer the ball past the visitors’ keeper.

Kaleem Haitham, who’d replaced Prichard at the interval, might have elected to pass to Overton rather than shoot in the 63rd minute and Dunn lifted a shot on the turn over the frame of the goal.

Charlie Oakwell-Boulton was introduced for Rowlatt with 25 to go before a Dunn cross was gathered easily enough by Peake.

A few wayward passes followed in the next passages of play and Dunn couldn’t keep another two efforts down.

Substitute Alex Brett added a second for Steyning with an impressive top-bins strike on 77 minutes.

Then a neat backheel from Haitham to Pashley led to a cross that an opponent blocked.

Romain hit a set-piece over Magee’s cross bar late on; Overton dragged an attempt wide; and Magee got down low to his left to deny Bennett in additional time.

Chi will face Littlehampton away in the last eight of the RUR Cup and welcome Three Bridges to Oaklands Park for an Isthmian south east encounter on Saturday 15th January (Kick Off 3pm). 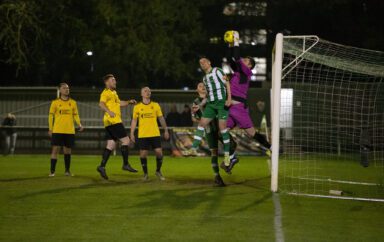