Chichester City, the lowest ranked side left in the FA Cup, make the long trek north up to the Wirral this weekend to face League One Tranmere Rovers in the second round of the competition. 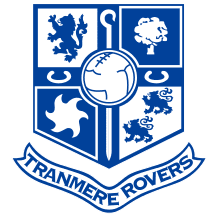 It is Chichester’s first ever appearance at this stage. The club’s only other one in the ‘proper’ rounds was in 1960 when Chi reached the first-round but were on the wrong side of a heavy 11-0 defeat to Bristol City.

Since then the Sussex side haven’t had much luck in the competition, regularly falling at the first hurdle in the extra-preliminary round.

This year Chichester progressed through six gruelling rounds of qualification before earning a bye in unique circumstances after the unfortunate events at Bury.

Their remarkable cup run has propelled the Isthmian South East side into the media spotlight, with the club even hosting the BBC live broadcast of the second-round draw at Oaklands Park.

When asked in the pre-match press conference what this media attention has been like for the players, captain Connor Cody replied, “It’s definitely strange but it’s something everyone’s relished and again we just try and enjoy every moment of it – it’s nice to get as many people involved in it.”

Tranmere did well to see off League One leaders Wycombe Wanderers in a replay at Adams Park in Round 1. Rovers had to play the majority of the game with ten men after Kane Wilson was dismissed in the first half but Kieron Morris’ goal in the second half of extra time remarkably sent them through.

Last season the side from the Wirral reached the third round and hosted Premier League giants Tottenham Hotspur at Prenton Park, losing 7-0.

The hosts go into the game clear favourites, but underdogs Chichester believe they can surprise Rovers with their style of play. Winger Josh Clack said, “We go from defence to attack quickly”, with Cody adding, “We’ve got boys that are quick and very fit and can move the ball quick and we have to believe that we can score.”

Chichester have scored 16 goals on their FA Cup adventure so far and travel to Tranmere on the back of an eventful Isthmian League victory at Phoenix Sports, whilst Micky Melon’s side were beaten 2-1 away at Fleetwood in League One and have failed to keep a clean sheet in any of their previous eight games in all competitions.

Chi will be playing in front of a much larger crowd than usual. Rovers had a gate of 7,066 in their last outing at Prenton Park, whereas City’s highest league attendance of the season so far is 256.

Miles Rutherford is still without Callum Overton as he recovers following knee surgery, while George Cody is cup-tied. Besides that the Chichester boss has a fully fit squad to choose from following the return to fitness of Matt Axell who sat out the win at Phoenix.

Chi will be playing in their changed strip of all yellow.

The match kicks off at 3pm at Prenton Park, tickets are still available to purchase online or on the day at a slightly higher price. It will also be broadcast live on BT Sport.