In this Meet The Team Feature, we talk to Centre back Eloise Williams.

I started playing football from the age of 8. My brother was a GK who played for the academy teams at Wimbledon FC (now MK Dons) and Reading. It got to a stage where I was bored of being dragged halfway around the country to watch him play, so I asked my mum if I could give it a go.

For anyone who knows my mum she’s hugely supportive (if you don’t, just look for a blonde-haired woman frantically cheering us on during our Sunday fixtures). So, she with the help of my dad, took on the challenge of starting an under 8’s girls’ team for me and a few girls who had shown an interest at my primary school. As a group, we formed Sutton United under 9’s. Believe it or not, I started my footballing career as a striker, scoring my first goal in a friendly vs Colne Valley with my left foot! Something, I would only dream of nowadays…

We competed as Sutton United for 2 seasons before moving across to the newly formed girls’ section at Carshalton Athletic. I played for Carshalton from under 11’s all the way up till under 16’s. At this point, I had clearly realised I was not gifted with the ability to find the back of the net and was more suited at winning the ball back and recycling possession. Plus giving a few fouls away here and there.  This is when I began playing either as a holding midfielder or at centre half. As a group of girls, we were hugely successful, winning numerous league cups, county cups and league titles over the years.

To challenge ourselves one year we even played up an age group, despite it being more competitive, we still managed to win the treble (league, league cup and county cup). In my youth, I also experienced playing in the Futsal national finals hosted in Birmingham and represented/ captained Surreys u16’s county representative team.

As soon as I turned 16, I was signed to play for the women’s 1st team at Carshalton (equivalent of tier 5). My Sundays would typically consist of me playing with the under 16’s team in the morning and then sitting on the bench for the ladies’ team in the afternoon. The following season I broke into the 1st team squad and started more frequently as a holding midfielder. It was a tough transition into woman’s football, with the physicality increasing.

Whilst playing at Carshalton, I was invited to trial for Brighton under 17’s and then the following season Chelsea under 19’s. Both trial periods were extended where I was able to play in numerous friendlies and get a real experience of the training regimen academy girls were exposed too. Unfortunately, after 9 to 12 weeks of being on trial, I wasn’t offered a contract on either occasion. At such a young age, I struggled to bounce back from that level of rejection.

This then takes me to more recent years. Carshalton unfortunately folded as a woman and girls’ establishment. I signed for Denham United (equivalent of tier 4). I completed preseason with them and played the first 4 to 5 games before moving to the Chichester area to start university, studying Physical Education in the Secondary Years, with aspirations of becoming a PE teacher. I originally, planned on travelling from Chichester to Denham (Uxbridge) for training and fixtures and did so for about 3 weeks before realising it was a huge commitment and the driving became too much.

I decided to part ways with Denham and just focus on university football. This only lasted for about 2 weeks before I started to search for a local Sunday club. In a university friendly vs Sussex under 19’s, the Worthing Women’s manager approached me and invited me to train. I signed and played for Worthing (equivalent of tier 6) for the remainder of the 2019 season.

I then didn’t play Sunday football until I signed here at Chichester City! I have really enjoyed my time so far and have loved how close the players and staff are. Very cliché but it genuinely does feel like I have a 2nd family.

With the announcement of lockdown taking place post-Christmas, I spent it at my family home in Surrey. With everyone in my family being football mad, we consistently had the channels dedicated to showing games, because of this I never felt as though I was disconnected from football. Finishing my degree became much harder as learning took place online. I also had to begin collecting data for my Dissertation which I have since handed in. A real god send over lockdown was my family investing in an indoor exercise bike. On the days where I prioritised university work or struggled to motivate myself to go for a run/ complete a workout, I would rely on using the bike to still get a sweat on. I discovered a love for spin sessions that I would simply find on YouTube and follow along to.

With football being so stop start this season, its been a real challenge to get any sort of rhythm as a team. I feel as though every time we started to play well, and the results were going our way, football would be put on hold again. I have also found my body has struggled to adapt to inconsistently playing or training. I feel as though, my muscles take longer to recover. Either that or I’m heading for an early retirement!

Thankfully football is back! With a few fixtures remaining in our SCWGFL league campaign, the girls are buzzing to finish the season on a high. We have had some decent performances over the past few weeks, but I believe as a team we have another gear to reach. 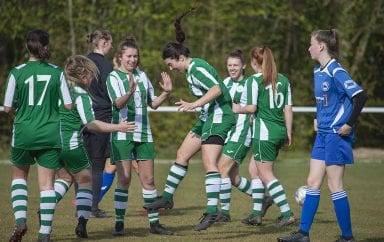 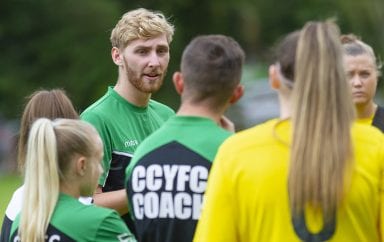 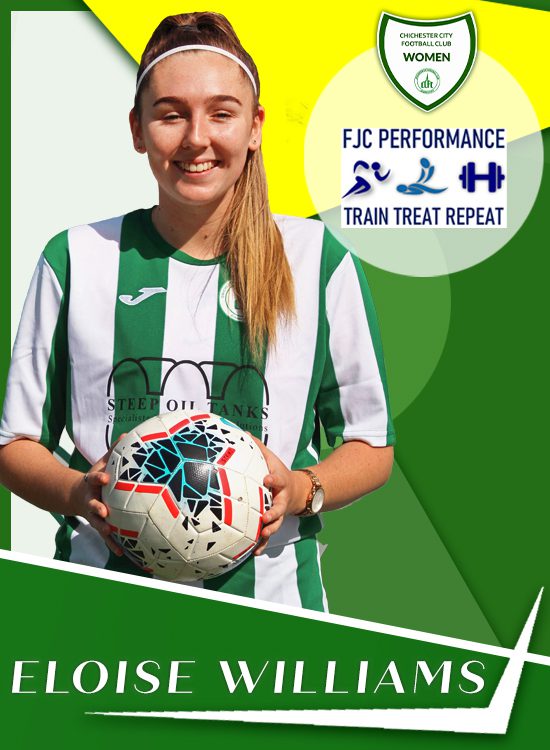